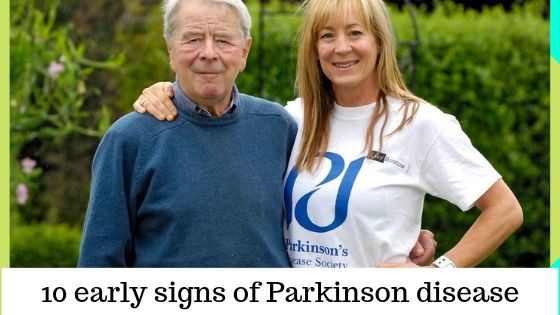 11 April is World Parkinson Day, As we know that Parkinson disease is a Neuro disorder which is gradually progressive. A lack of dopamine in a specific area of the brain called Substantia Nigra, people may experience  Parkinson disease. Dr. Paresh Doshi has done more than 500 Deep Brain Stimulation for Parkinson patient and highly experienced with Parkinson treatment. The famous Neurosurgeon Dr. Doshi has pointed the main 10 early signs of Parkinson Disease.

Occasionally, your doctor could suggest surgery ( Deep brain stimulation surgery)  to regulate certain regions of your brain and improve your symptoms.

Many people do not understand what is the symptom of Parkinson Disease or how to identify this disease?

Cause of the disease remains largely unknown. But, Parkinson is not a fatal disease, the symptoms of the disease can be serious. Parkinson’s treatment varies from person to person and controls the growth of the disease, gives a better quality life. So, we need to understand first the early signs of Parkinson disease.

Tremor is one of the most significant early signs of Parkinson disease. The shaking will worsen and become noticeable to others. The tremor usually happens at rest and when you move the extremities, it may disappear.

Do you feel stiffness in your body, arms or legs or wrist, hands? The stiffness of limbs (know as a Rigidity) and slow movement (known as Bradykinesia) appears early on with PD. General stiffness that can be attributed to exercise aches, injured arm or shoulder. It is also another effective early signs of Parkinson Disease. To know more about Parkinson Disease

Many of Parkinson’s patients find that their handwriting suddenly becomes very small. A person with PD may begin writing a letter in their regular handwriting, but gradually start writing in a smaller font. This change also the early sign of Parkinson disease.

People may temporarily lose their sense of smell due to colds or the flu. It is normal.

But if the loss stays for many days without any noticeable congestion, then discuss with the doctor.

Sudden and extreme movements during sleep time – kicking and punching –  falling out of bed. Early signs of the Parkinson disease can include many uncontrollable movements, not just occasionally, but on a regular basis,  indications of a serious problem.

Parkinson disease not only affects movement but affects the voice also. It is another early sign of Parkinson disease. Other people told you that your voice is very soft and you might think that other people are losing their hearing. Your voice may become slurred.

Does anyone tell you that you have a serious, depressed look, even in a lightened environment? You may notice that expressionless face with unblinking eyes could be a warning sign of Parkinson disease.

Sometimes you can see the uncontrolled, involuntary movements which other symptoms of Parkinson’s disease, it doesn’t happen overnight.

Have you faced any constipation

Do you have trouble moving your bowels without straining every day? Straining to move your bowels can be an early sign of Parkinson’s disease and you should talk to your doctor.

What is normal?
If you do not have enough water or fiber in your diet, it can cause problems in the bathroom. Also, some medicines, especially those used for pain, will cause constipation. If there is no other reason such as diet or medicine that would cause you to have trouble moving your bowels, you should speak with your doctor.