In charge of the Stereotactic and Functional Neurosurgery program at Jaslok Hospital established since 1998. This is the only dedicated and comprehensive Stereotactic in India.

The full name of Dr. Paresh Doshi is Paresh Kishorchandra Doshi, M.S., M.Ch. is a leading neurosurgeon and a pioneer of stereotactic and functional neurological surgery in India.

Dr. Doshi is also the Director of Neurosurgery at the Jaslok Hospital and Research Centre.Dr. Doshi has been credited for conducting several path-breaking surgeries in the field of neurosurgery.

He has conducted over 650 Stereotactic surgeries including 450 deep brain stimulation (DBS) surgeries. He has been credited with several firsts’in India. 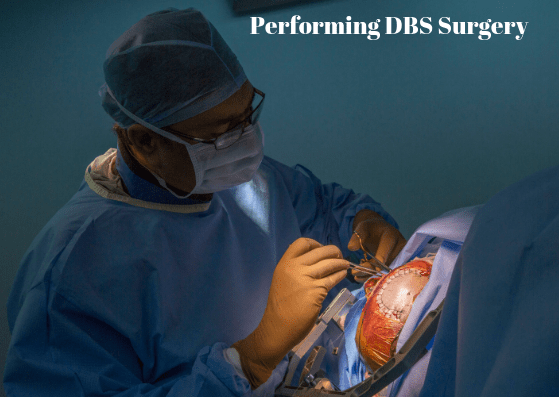 He then gained further exposure and experience of specific Movement Disorder surgeries in USA Netherlands, Sweden, France, and Austria.

He then moved to England to work as a clinical fellow with Professor Thomas, as part of his Stereotaxy and Functional Neurosurgery program. He gained experience in epilepsy surgery from the Maudsley Hospital and thereafter moved on to New Castle to continue his experience in general neurosurgery.

Doshi then trained in movement disorder surgeries, under Dr. Marwan Hariz and Professor A. Bosch in Umeå (Sweden) and Amsterdam where he performed pallidotomies.

Subsequently, he worked with Prof. Benabid and Prof. Alesch, in Grenoble and Vienna to learn the art of deep brain stimulation, surgery. In 2003, he visited Lyon, France to obtain training in Spasticity from Prof. Marc Sindou.

In 1998 Doshi set up a Functional Neurosurgery Department at the Jaslok Hospital and Research Center in Mumbai, India, which is supported by well-trained neurologists and neurophysiologists and backed by state of the art neurophysiology and neuroradiology department.

He also started the Fellowship Training Program in Functional Neurosurgery where he has trained four neurosurgeons who are independently performing functional neurosurgeries and launched the Spasticity Program in 2004 and the Psychiatric Disorder surgery program in 2009.

He introduced the technique of stereotactic evacuation of intracerebral hematoma in Mumbai.

Dr. Paresh Doshi is one of the world’s leading neurosurgeon expert on Parkinson’s Disease and frequently promotes awareness of its cures across the nation.

He has performed many path-breaking surgeries on patients suffering from acute and rare cases of PD and is at the forefront of medical research in this field. He is also known for conducting brain surgery on India’s youngest PD patient.

World Parkinson’s day is celebrated on 11 th April 2019. The aim is to create an awareness of Parkinson’s disease, educate by the knowledge and how it can affect a person gradually. Jaslok Hospital & Dr. Paresh Doshi will be organizing  Free Parkinson’s Disease Camp for two days on 13 & 14 April 2019 at Jaslok Hospital. For more details, call on 9930960960.

Doshi is a pioneer in the field of deep brain stimulation(DBS). He is the first neurosurgeon to perform DBS surgery in India and has performed the largest number of DBS surgeries in India.

He is also the only Neurosurgeon to perform DBS in patients with cardiac pacemakers. Doshi is also credited with the largest number of stereotactic procedures performed by a single person in India, with a success rate of greater than 95%.

He has experience of 250 movement disorders surgeries of which 500 are DBS surgeries.

He evaluated of the role of autologous (transplanted) mesenchymal stem cell therapy for patients with advanced Parkinson’s disease, evaluated hardware and surgical complications of deep brain stimulation surgery in India, studied and identified the most effective targeting protocol for Subthalamic nucleus stimulation.

His team also published a study in an international medical journal about arresting the debilitating effects of the progressive supranuclear palsy, a debilitating condition that leaves patients wheelchair bound in less than three years.

Doshi was awarded the Young Achiever’s Award by the Indo-American Society, Mumbai in 2002. He was also named “Top five medical specialists of Mumbai” by Times of India group in 2005, “Best Neurosurgeon and neurosciences department” by CNN IBN group in 2012 and awarded the “Excellence in Neurosciences” award by Medscape India in 2012.