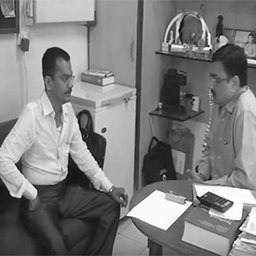 Suffering from headache due to Migraine

I am suffering from Migraine for last 11 years. I used to take 25 tablets/day, today I am completely free of Migraine and not on any medications.

Mr. Johnston George, 32/M – UK national, was admitted with c/o chronic right sided headache off and on since the age of 13 years and the pain became chronic since last 1 year. The headache starts as a hot spot over right occipital region and gradually builds up to involve the whole right half of head. The pain was high in intensity and dull aching in nature.

It was worse at night. Trigger factors were increased stress, increased alcohol intake and lack of sleep. It was not related to neck movements. It was not associated with nay aura or photo, phono, osmophobia. He had been on multiple medications and underwent Botox injection with some relief. He also underwent right occipital nerve block with good but short lived relief.

He came to know about Dr Paresh Doshi & consulted him for future treatment at Jaslok Hopsital. He underwent bilateral occipital nerve stimulation and octad electrode implantation along the both greater occipital nerves with IPG insertion on 30/10/2014 at Jaslok Hospital. The IPG was activated on first postoperative day and programming was done. He obtained significant relief in migraine headache by using stimulation.