Psychosurgery, the neurosurgical treatment of psychiatric disease, has a history dating back to antiquity, and involves all of the clinical neurosciences.

Psychosurgery, the neurosurgical treatment of psychiatric disease, has a history dating back to antiquity, and involves all of the clinical neurosciences. It is classified as a functional neurosurgical procedure as it attempts to improve or restore function by altering underlying physiology. The surgical target may be cerebral cortex, nuclei or pathways that display either normal or abnormal physiologic activity. The pathways involved in psychiatric illness are poorly defined and surgical results variable, therefore the practice of psychiatric neurosurgery has often been surrounded by controversy.

Modern day, psychiatric neurosurgery was first introduced as a treatment for severe mental illness by Egas Moniz in 1936 for which he was awarded a Nobel prize in 1949. At the height of enthusiasm, psychiatric neurosurgery was recommended for curing or ameliorating schizophrenia, depression, homosexuality, childhood behavior disorders, criminal behavior and uncontrolled violence. This led to a sad demise of this treatment option.

During 1950-2000, psychiatric disorders surgery continued to be practiced in select centers across Europe and USA. In an attempt to reduce the morbidity of the early interventions, more selective lesioning of cingulate and orbito-frontal cortex (corticectomy) were employed with comparable success rates but fewer complications. Stereotactic operations were subsequently developed that allowed for accurate positioning of small electrodes in deep brain structures. The failure of drug treatment to control all the patients and advent of “reversible therapies” like deep brain stimulation (DBS) revived the interest in this field.

Neuropsychological, physiological and neuroimaging studies have supplied evidence to implicate the limbic system and its interconnections with the basal ganglia and forebrain in the pathophysiology of major affective illness, obsessive-compulsive disorder and other anxiety disorders. Electrical stimulation of specific areas within the limbic system (i.e. the anterior cingulum), has been shown in humans to alter both autonomic responses and anxiety levels. Abnormalities of glucose metabolism have been found in the caudate nucleus, orbitofrontal cortex and cingulum in patients with OCD on positron emission tomography (PET). Similarly, PET studies have shown reduced glucose metabolism in the lateral frontal cortex as a correlate of the depressive state in certain patients.

Currently the accepted therapeutic approach to most psychiatric disease involves a combination of psychotherapy, pharmacotherapy and, in some instances, electroconvulsive therapy. However, despite these modern treatment methods, some patients fail to respond adequately and remain severely disabled. In these patients, surgical intervention might be considered.

In 2011, World society for stereotactic and functional neurosurgery (WSSFN) constituted a task force to explore the indications and draw the guidelines for surgery for psychiatric disorders. 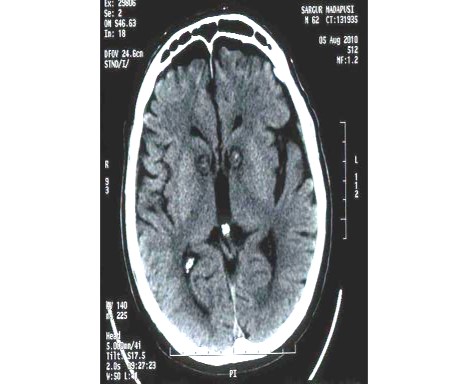 This committee after taking inputs from a large number of societies proposed a set of broad guidelines this year.

Presently, at the Jaslok Hospital, we offer surgery for the following psychiatric disorders: