Severe spasticity, intractable cancer pain, brachial plexus avulsion…… are some of the diseases that can be treated by this modern surgery……

The Technique of Microsurgical DREZotomy

Micro-surgical DREZotomy (MDT) – tries to selectively interfere the small nociceptive and the large myotatic fibres (situated laterally, centrally and respectively), while sparing the large lemniscal fibres which are reordered medially. It also enhances the inhibitory mechanisms of Lissauer’s tract and dorsal horn. 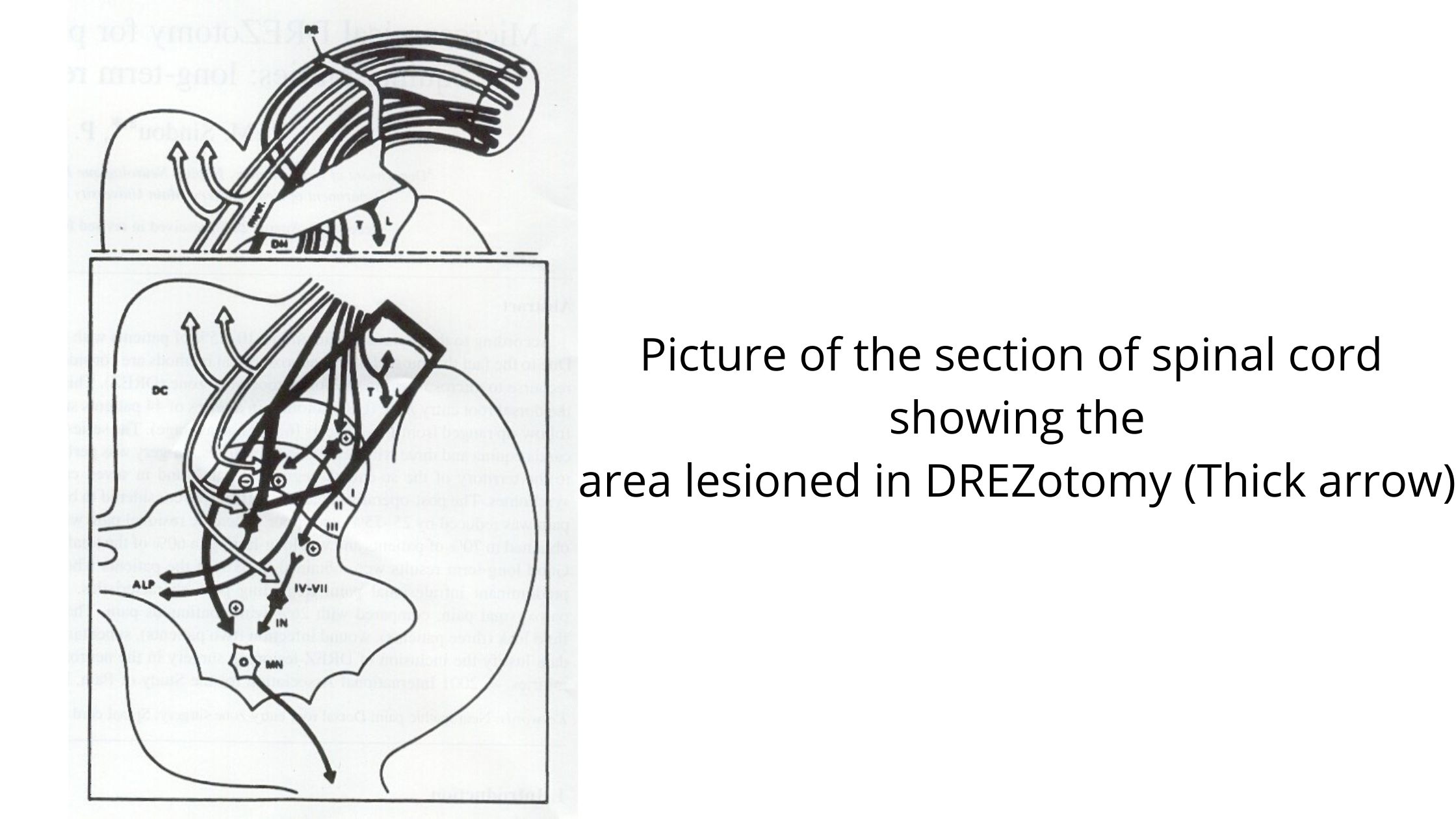 MDT is indicated in bedridden paraplegic patients as well as in hemiplegic patients with painful hyper spasticity. It can also be used to treat neurogenic bladder with uninhibited detrusor contractions.