This most common form of movement disorder affects 1 in 100 people. Medical science will ensure that you are not handicapped or disabled by it, read more…..

Treatments and Drugs for Parkinson's Disease

The selection of medication and their dosage is tailored to each individual patient. In deciding the treatment, the physician considers factors such as the severity of symptoms, the patient’s age, and the presence of other medical conditions.

No two patients will respond identically to any particular drug, so this process involves experimentation with different drugs, persistence, and patience. As the disease progresses, drug dosages may have to be altered and a combination of drugs can be given.

A combination of Levodopa and Carbidopa is the mainstay of treatment in Parkinson’s disease. Levodopa is rapidly converted into dopamine, by the enzyme dopa decarboxylase, which is present in the central and peripheral nervous system, however much of the levodopa is metabolized before it reaches the brain. 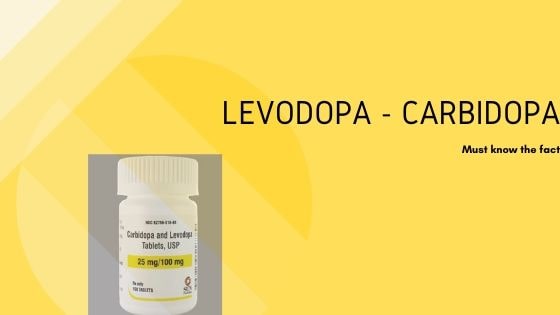 Carbidopa blocks the peripheral metabolism of levodopa i.e. in the liver and increases the amount of levodopa that reaches the brain.

Slow dosage adjustment and taking medication with food can reduce these effects.  Depression, confusion, and visual hallucinations are the side effects that may occur with these medications, especially in the elderly.

Dopamine Agonists mimic dopamine’s function in the brain. They are used primarily as adjuncts to levodopa/carbidopa therapy.

But in some cases, these drugs are used as monotherapy, but generally less effective in controlling symptoms. Side effects are similar to those produced by levodopa and include nausea, sleepiness, dizziness, and hallucinations.

Dopamine agonists include the following:

It is an antiviral drug that has dopamine agonist properties. It increases the release of dopamine and is used to treat early-stage Parkinson’s disease.

It can be used either alone, with an anticholinergic drug, or with Levodopa. It is effective in reducing dyskinesias caused by Levodopa. Side effects of amantadine include mottling of the skin, edema, confusion, blurred vision, insomnia, anxiety, etc.

Monoamine oxidase B (MAO-B) oxidizes dopamine. Rasagiline and Selegiline inhibit MAO-B and increase the amount of available dopamine in the brain.

MAO-B inhibitors boost up the effects of Levodopa. Side effects include nausea, dizziness, abdominal pain, confusion, hallucinations, and dry mouth.

It reduces the relative overactivity of the neurotransmitter acetylcholine to balance the diminished dopamine activity.

This class of drugs is most effective in the control of tremors and is used as adjuncts to Levodopa.

Inhibits the COMT enzyme, which breaks down dopamine after it is released in the brain and augments the effect of levodopa. These drugs are effective only when they used with Levodopa. COMT inhibitors include Entacapone and Tolcapone.

The side effects of these medications include vivid dreams, visual hallucinations, nausea, sleep disturbances, daytime drowsiness, and dyskinesias.

Exercise and diet, as well as lifestyle changes, typically are the first steps in the treatment of constipation.

A high-fiber diet (fruits & green leafy vegetables) and intake of plenty of fluids, small portions of meals at regular intervals, and proper chewing of food is recommended. Laxatives and stool softeners are also recommended.

Know more about the proper diet for Parkinson’s disease

Also consider including nuts, olive oil, fish, and eggs to your diet, for their beneficial fats.

Yoga is one of the most beneficial complementary therapies for Parkinson’s disease (PD), helping to increase flexibility; improve posture; loosen tight, painful muscles; build (or rebuild) confidence; and, through these benefits, enhance the quality of life.

Dance appears to be very helpful in improving gait and balance in Parkinson’s patients.

It also can provide social stimulation and support, which can be helpful in reducing depression and improving the quality of life. Plus, dance stimulates cognitive functioning, an area that PD patients often struggle with.

Speech Therapy can help people with Parkinson’s disease maintain as many communication skills as possible.

This therapy helps patients to participate in the activities of everyday life by working with them to improve their ability to engage in tasks they want to, need to, or are expected to do.