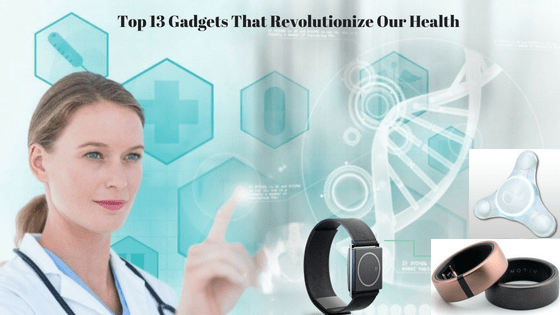 Wonder how many have you seen the allegorical sci-fi movie Elysium (2013) showing what life on earth will be in 2154. Today, we have discussed top 13 Medical Gadgets that revolutionize our health.

I remember the movie because of an amazing futuristic gadget shown in it called medical bay, referred to in the movie as the “Med-Bay”.

This device looks somewhat like a full body MRI scanner, but, you just have to lie down in it and it will automatically scan for any disease, deformity or abnormality and rebuild the body to remove the problem, by re-atomizing.

Just imagine a single gadget that can diagnose and heal all injuries and disease. The Med-Bay is able to rebuild broken bones, aging hair or face wrinkles, even cancer and a normally fatal injury.

Now before you get too excited, let me pull you back to reality … that’s science fiction!! If a device like that existed, wouldn’t that be the ultimate revolutionary gadget changing the scene of health care?

Just a few years ago people started wearing wristbands that record the number of steps they took, their heart rates and sleep cycles. These bands that started out as novelties are seen everywhere today. They have opened the path for a new generation of gadgets that are becoming reliable tools to improve health care delivery and outcomes. These new devices will:

(iii)           Provide physicians with information on whether a patient is abiding by prescription protocols, getting up and about safely, and eating regularly

These gadgets are now collectively called “consumer wearable technology”. They provide the healthcare providers and patients with direct access to personal health analytics which can directly contribute to their health, facilitate preventive health care and enable management of ongoing illnesses.

Broadly these gadgets are categorized into: 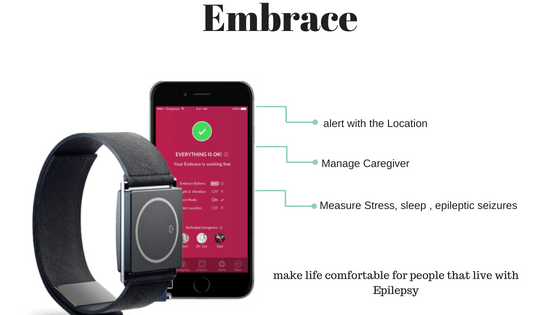 This is a watch that can track your activity, stress and overall balance. Its aim is to make life comfortable for people that live with Epilepsy. When an unusual event like a convulsive seizure happens, it will send an alert, warning the patient’s caretakers and loved ones. Though it looks simple on the outside, it’s an extremely complex device. 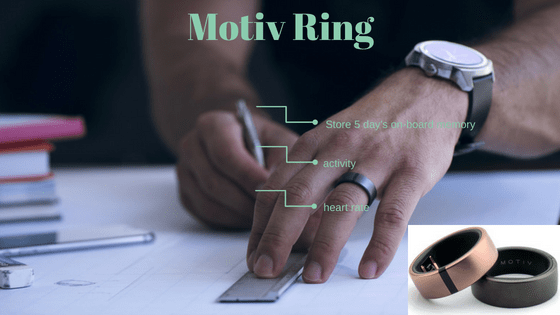 Another medical gadget is a waterproof ring that is Lightweight and measures all the metrics you care about – activity, heart rate and sleep.

You can incorporate it into your daily routine and have a holistic look into your wellness. The biggest advantage is that it does not need to be charged daily, and is comfortable enough to sleep in. 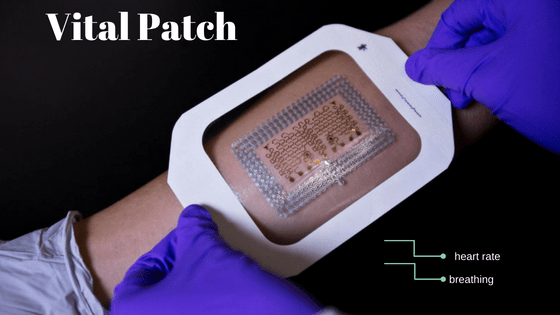 Embedded in a patch is a biosensor that is reusable that can be disposed of. This contraption consists of a 3-axis accelerometer and ECG electrodes that help in keeping track of breathing, heart rate, steps, temperature and even detecting body position in case a person has fallen. 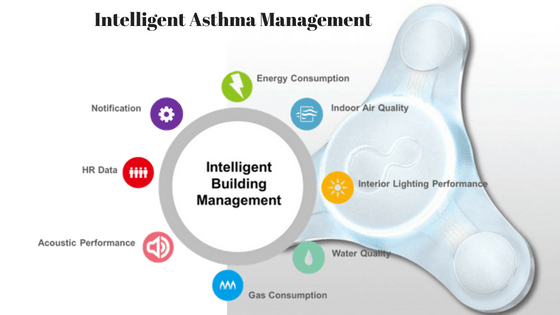 This wearable gadget is designed to detect the early symptoms of asthma. It consists of three parts – (i) a wearable device, (ii) a Smartphone app for the management plan basics, and (iii) a web portal to detect the treatment efficacy.

Cough rate, respiration patterns, heartbeat, temperature and other symptoms of interest are tracked by the sensors in the device. Whenever symptoms deviate from your individual norm, the wearable device vibrates, notifying you of the deviation or if you’ve designated someone, they will also get text notifications.

This is a medical device based on tDCS (Transcranial Direct Current Stimulation). It is developed to treat depressive symptoms of patients with Major Depressive Disorder (MDD) by applying a weak current through a wearable module. tDCS is used to deliver a stream of electricity to the frontal lobe through a headband. You can also keep a tab on your sleep, exercise, and medical treatment by connecting it to a smartphone app.

The technology employed is engineered to take the tears in a person’s eye and measure the glucose levels that are present and then transmit this information wirelessly to connected smartphones.

To achieve this tiny integrated circuits are embedded in contact lenses. Further, the lens has wireless communication modules and sensors thus functioning as a fully self-contained wireless sensing device right on the surface of the eye.

These devices can gather diagnostic information as well as fine-tune therapeutics over an extended period of time. Examples of these include implanted glucose and bone-growth monitors to aid treatment of diabetes and joint replacements, respectively.

Ever sense is an implantable sensor about the size of a headphone connector that allows continuous glucose monitoring.

This device consists of a little blue LED light and a sensor consisting of a membrane that absorbs glucose. Based on how much light passes through the membrane, it can tell the glucose levels. The sensor itself contains no battery. It gets its power wirelessly from a small transmitter that is taped to the skin.

The user can access data on their glucose levels through a Smartphone app and can also share a copy of their glucose data with their healthcare provider.

Discover by Proteus is a personalized digital medicine system that consists of a small ingestible sensor and an external transceiver to monitor patient compliance when taking oral medications.

The device transmits data with 99.1% positive detection accuracy despite significant variations in externally recorded signals that vary with device orientation, stomach contents, and the composition and geometry of the torso. The device also poses minimal risk.

The ingestible component consists of a mill metric scale device that contains an integrated circuit (IC) powered by an Mg–Cu electrochemical couple.

The IC contains nonvolatile memory and a circuit to modulate the current of a dipole within the sensor. The sensor modulates the current in the dipole to produce data that is then transmitted to the external receiver via an electric field.

The device contains structures to increase the amplitude of the E-field and an adhesive to affix the device on oral tablets. The device remains dormant until the electrochemical cell is formed upon contact with gastric fluid.

Imaging the upper GI tract using ingestible devices is valuable because early detection of many diseases is possible even though this region is difficult to access using traditional endoscopy.

A typical wireless capsule endoscope contains a camera, an LED array for illumination, onboard logic for data processing, a transmitter, and a power supply. These components are packaged in water impermeable polymer capsules with cylindrical form factors.

Devices are powered for 8–12 h using onboard batteries composed of non-toxic materials (e.g., Ag 2O) or through telemetry. Data transfer is achieved through radio frequency (RF) transmission or propagation of electrical signals directly through the tissue.

Ingestible devices can also use onboard sensors for programmable-controlled release. IntelliCap is an example of one such device.

The mammalian olfactory system has provided inspiration for a class of medical devices called electronic noses (e-noses) that may benefit early and accurate disease diagnosis by analyzing exhaled breath.

Another medical gadget E-Noses of sensors employed include gravimetric, electrical, and optical for optimal analyte detection; these can be more finely tuned and broadly selective using new materials such as barcoded resins (BCRs) and principles such as surface-enhanced Raman scattering (SERS).

Based on a signal transduction mechanism, and pattern recognition software to classify the samples, E-noses comprise a cross-reactive sensor array capable of interacting with multiple vapor analytes.

E-noses are able to differentiate diseases via ‘breath print’ outputs; that is, each patient’s exhaled volatile organic compound (VOC) profile produces a unique response pattern from the sensor array, enabling disease differentiation by comparing new patient breath prints with two controls: breathprints of healthy patients and breathprints of patients for whom a disease diagnosis has been confirmed.

E-noses are exposed to the collected breath samples and multivariate data analysis – such as principal component analysis (PCA) – is used for pattern recognition and clustering to produce the desired breakpoints.

Lung diseases such as chronic obstructive pulmonary disorder (COPD), lung cancer, and asthma have all been uniquely distinguished from both healthy controls and each other.

In addition to lung diseases, various other diseases have unique VOC profiles that can be characterized by diagnosis. Psychiatric and neurodegenerative disorders including schizophrenia, Alzheimer’s disease (AD), Parkinson’s disease (PD), and multiple sclerosis (MS)  have each been shown to exhibit a unique VOC profile.